Hanham is situated roughly half way between Bristol and Bath on the B4321. This is an old Roman road used to travel between the Roman port (Portus Abonae) at Sea Mills and Bath. Roman settlements have been found in the area, in 1952 a hoard of Roman coins from the time of Constantine the Great were found whilst building the houses in Westfield Close

The Saxon “han” (village) and “ham” (home) is alternatively explained by the Oxford Dictionary of Place Names as meaning “Hana” (a cock) or as a personal name or “han” (a stone). Cock Road would indicate that the area was the home of the woodcock.

The more likely thought is that it was Hana-ham or “home of the woodcock”. All very confusing as Hanham has been spelt over the years in many ways, Hanun, Hanam, Haneham, Hangham and Dounhannam are just a few spellings.

The Hanham we know today covers a smaller acreage than the Hanham of bygone days which included for instance, Parkwall and Barrs Court. The original extensive Manor of Hanham was divided by the names East Hanham and West Hanham; the latter becoming known as “Hanham Abbots”. 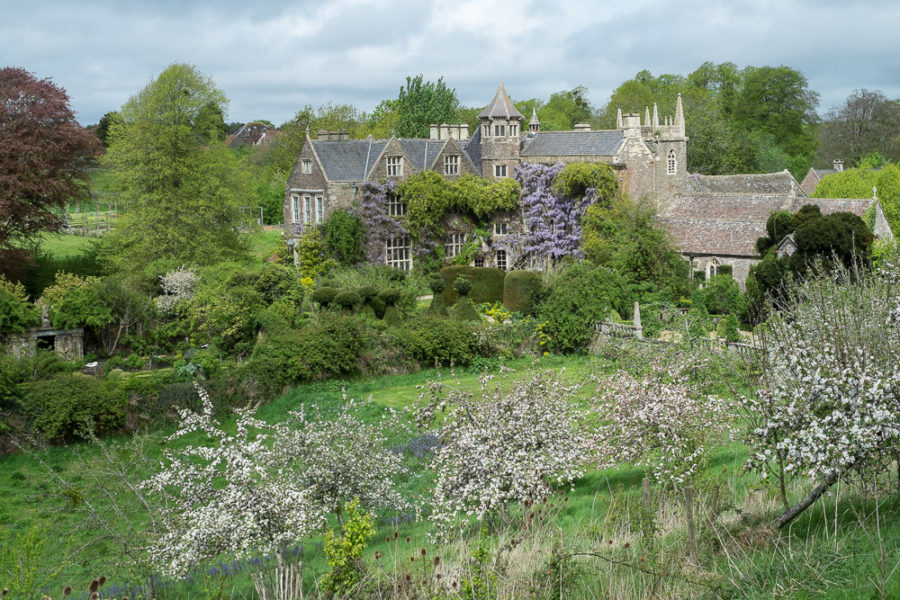 It is thought that some kind of house was here, possibly a wooden structure, as far back as late Saxon times. The strangely named Earnulf de Hesding was a Norman Baron, who fought with William the Conqueror at Hastings and was given Hanham as a reward, replacing the Saxon, Edric. He was the owner at the time of the Domesday survey.

A legendary story relates how John, the last of the Keynsham Abbots, pronounced a curse on the property as he was thrown out by King Henry’s henchmen during the Reformation. Whether true or not, Henry Creswicke, who bought the court in 1638, certainly had his share of troubles. The family were frequently in dispute with their neighbours, the Newtons of Barr’s Court, over manorial rights and boundary issues. Things came to a head in 1685 when the Duke of Monmouth and his rebel followers, who were defying the King’s troops and moving towards Bristol, camped nearby on Sydenham Meadows, on the Keynsham road and owned by the court. Although imprisoned in Gloucester gaol for alleged treason after meeting the army on his land, Francis Creswicke was fully pardoned to the extent that James II stayed at Hanham Court in 1686. The Creswickes occupied the Court for 204 years.

The Arts and Crafts kitchen wing was added in about 1900 but the adjoining tithe barn complete with massive walls and buttressed tower, dates back to Norman times. St George’s Church (Hanham Abbots Church) however, is 15th century, built adjoining the Court by the Monks of Keynsham Abbey as a chapel of ease. The court and lands had been donated to the Abbey in 1330. 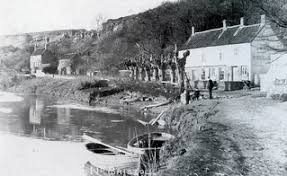 Hanham Mills, commonly referred to as “The Chequers”, is Hanham’s best known beauty spot. The Lock and Weir pub was the original Chequers and an ancient ferry crossed here. The weir powered several mills, including a grist (corn for grinding) Mill, another venture saw water pumped from the Avon, up into the duck pond and on through hollow elm logs to a large reservoir at Lawrence Hill, where some Bristol residents paid 40s per annum for fresh? water. All this in 1690.

The lock opened in 1727, thus improving the passage of coal and quarry stone in the Bath direction. The Bristol lock system opened in 1809, thus making the river at Hanham non tidal.